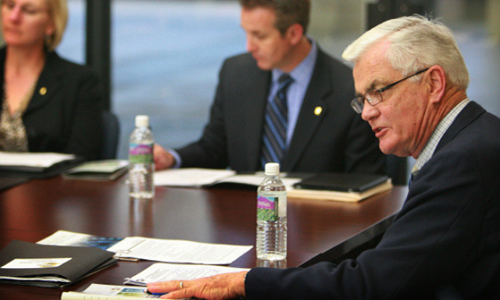 Ronald O. Loveridge has 33 years of public service – as a Riverside Council member beginning in 1979 and as Mayor from 1994 to 2012. He is a highly regarded regional, state and national leader. At the national level, he was very involved on the Executive Committee and Board of the National League of Cities, making policy calls and decisions on behalf of some 19,000 cities and towns across the nation. He also served as President of the National League of Cities in 2010.

Mayor Loveridge s a member of the National Academy of Public Policy. His statewide and regional service has included Board roles on the broadest array of important organizations: the California Air Resources Board, California Forward Action Fund, California Competes, South Coast Air Quality Management District, Southern California Association of Governments, Western Riverside Council of Governments, and Inland Empire Economic Partnership. He is currently the Director of the UCR Center for Sustainable Suburban Development. 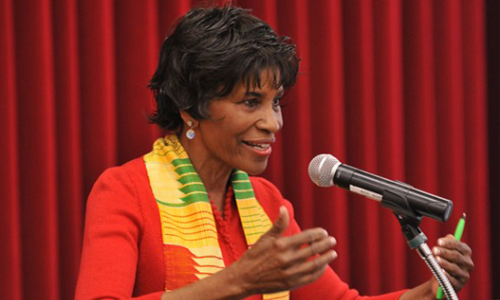 Rose Mayes is a community activist who has over 30 years of experience in Business Management, Civil Rights, and Fair Housing. She is involved in the community as a professional and community volunteer. Her work extends from grassroots community-based organizations, to public administrators, to local State and Federal elected officials.

Rose serves as Executive Director of the Fair Housing Council of Riverside County, Inc., a position she has held since 1993. She is committed to promoting fair housing opportunities for all regardless of race, national origin, religion, sex, familial status or disability. Ms. Mayes is an influential community leader who has served on numerous boards and commissions at the local and regional levels. In 2015 she was named Woman of the Year for the 61st Assembly District.

Jane Carney is a retired corporate and business lawyer, having practiced in Inland Southern California for 33 years. Jane has lived in Riverside since 1977 and has been active in a wide variety of civic and community affairs.

She served for 12 years as a member of the South Coast Air Quality Management District, to which she was appointed by the Senate Rules Committee in 2000. She currently serves on the Board of Trustees of the California State University and is treasurer of All Saints Episcopal Church. Jane previously served as a trustee of the Riverside Community College District and has served as chair or president of a number of community organizations. 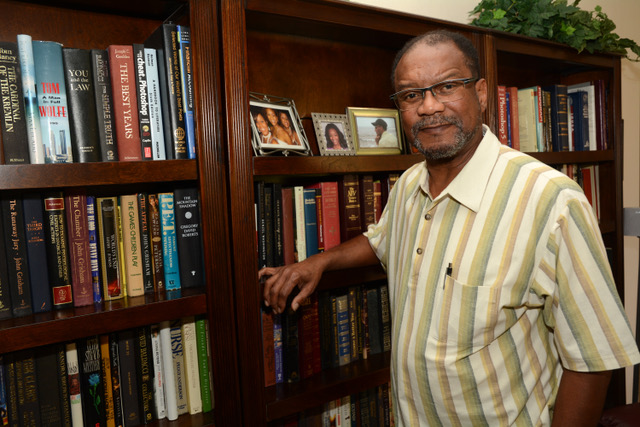 Q’Vinc Asberry (Q) has lived in Riverside for the past 55 years. Mr. Asberry has a long history serving the housing needs of Riverside County residents, first as a manager of hundreds of units in the Riverside County Housing Authority Section 8 program, where he worked for five years.

He then went on to supervise the Community Development Block Grant Housing Rehabilitation Program for the City of Riverside’s Redevelopment Agency, where he became an expert in all facets of housing rehabilitation and in homeowner-contractor arbitrations.

While there Q also facilitated the relocation of several historic houses and other structures from the former Press-Enterprise property, managed the demolition of several substandard and dilapidated structures and conducted numerous single housing property inspections. He was involved with the management of the restoration of the Mission Inn prior to its being sold to a private developer.

Q left the Redevelopment Agency after 17 years and began working at a local religious organization in Riverside, where he served for 25 years before retiring. He also served as a Board member in that organization.

He and his wife, Irma, have one child, a daughter, and two grandchildren. 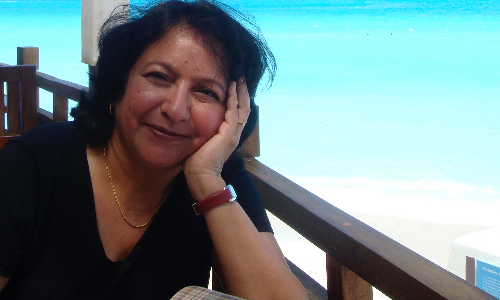 CRIISC Board Member Surekha (Su) Acharya is an Associate Professor of English at Riverside City College.  Originally from the south Indian city of Hyderabad, she has an M.A. degree in English Literature from Hyderabad’s Osmania University, an M.A. in Broadcast Journalism from Cal State Fullerton, and a Ph.D. in cultural anthropology from UC Riverside.

A lifelong educator, Su has been active in the Riverside community for the past 30 years. She has served on the boards of the Riverside Public Library, Riverside Metropolitan Museum and the City of Riverside’s Cultural Heritage Board. She is Chair of the International Relations Council committee that oversees the sister city relationship between her hometown Hyderabad and Riverside. Su has been spearheading donations of masks, personal protection equipment and oxygen concentrators for hospitals in Hyderabad that are struggling to care for COVID-19 patients. Su is also an advisor to the Southern California based Sahara organization, principally assisting with English language training for recent immigrants.

Su has been a resident of Riverside since 1991.  She is married to fellow board member Dr. Lalit Acharya, and has two daughters and two grandchildren. 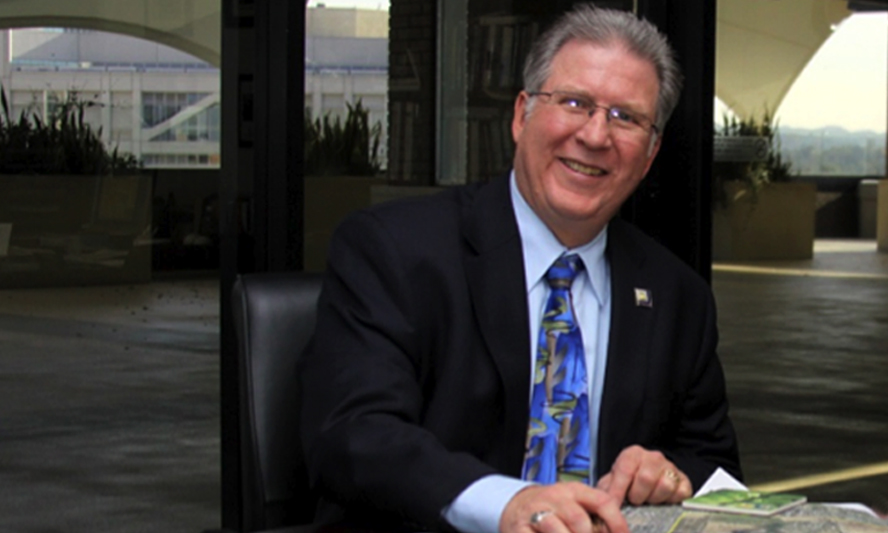 Ken Gutierrez was Planning Director for the City of Riverside from 2003 to 2011, when he retired.   During his almost 30 year tenure with the City of Riverside, Ken was responsible for a number of planning projects, including the award winning Magnolia/Market Corridor Study and the innovative Downtown Specific Plan.

He lead the preparation of a comprehensive update to the Riverside General Plan 2025, a visionary document built on Smart Growth principles, and recognized in 2008 by the Southern California Association of Governments with a Compass Blueprint Distinguished Leadership Award and by the California Chapter of the American Planning Association (CCAPA) with the Award of Merit for Comprehensive Planning. Under Ken’s guidance, the Planning Department was recognized in 2009 by the CCAPA with the Award of Merit for Distinguished Leadership by a Planning firm or agency.

Ken is a planning consultant, a member of AICP, a speaker at numerous workshops and conferences, and teaches as part of a University of California, Riverside Extension Certificate Program. 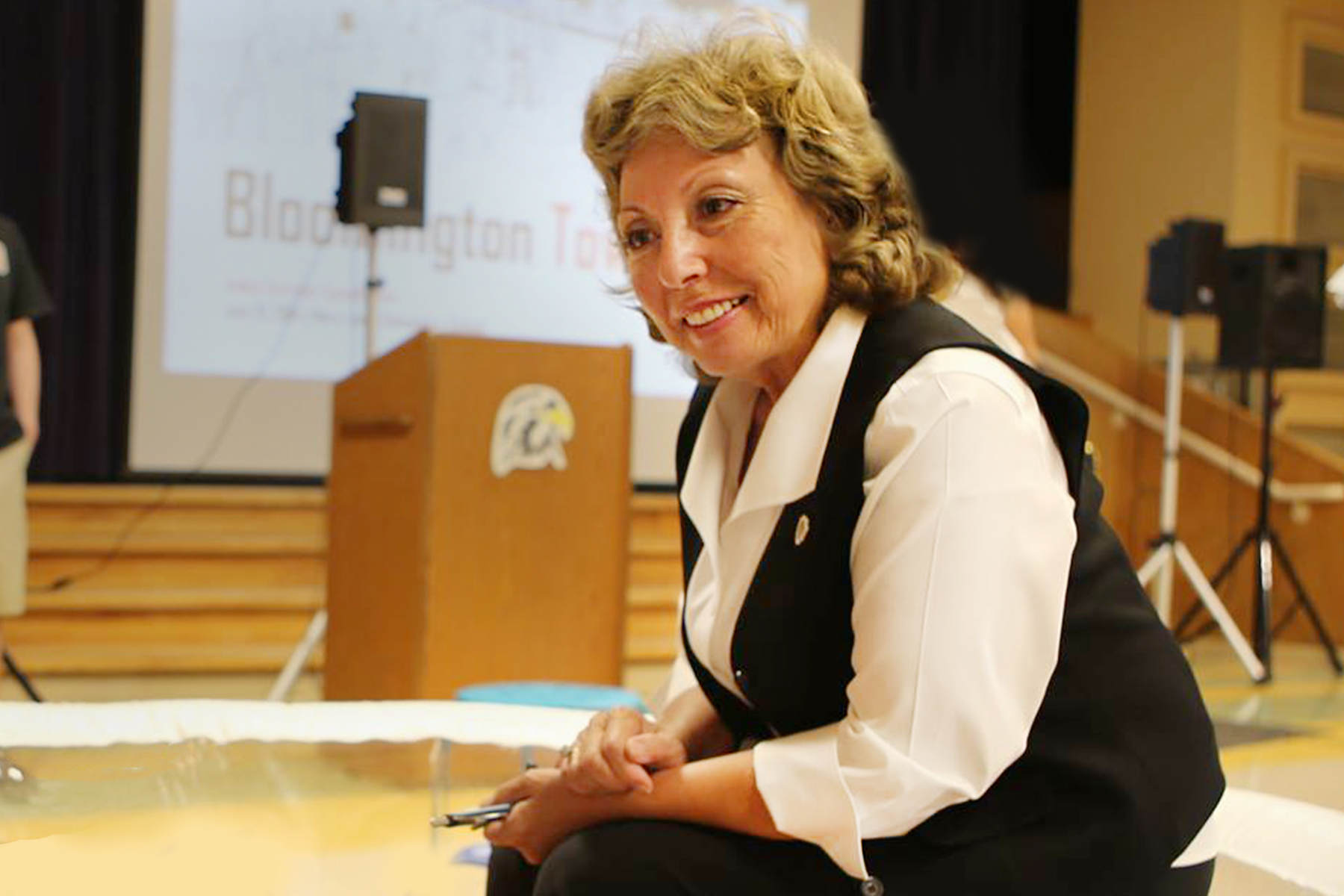 Josie Gonzales has called San Bernardino County home her entire life. She lived in Colton for 20 years; then she spent the next 23 years of her life in the Del Rosa area, an unincorporated community of San Bernardino. In 1995 she moved to the City of Fontana where she served as on the City Council. In 2004, Josie became the first Latina to be elected to the San Bernardino County Board of Supervisors. Until her retirement in 2020, she represented the 5th District, which includes the cities of San Bernardino, Colton, Rialto and eastern Fontana and the unincorporated communities of Bloomington and Muscoy. Prior to being elected, Josie owned and operated a successful small business. She resides in Fontana with her husband, and enjoys spending time with her four adult children and six grandchildren. 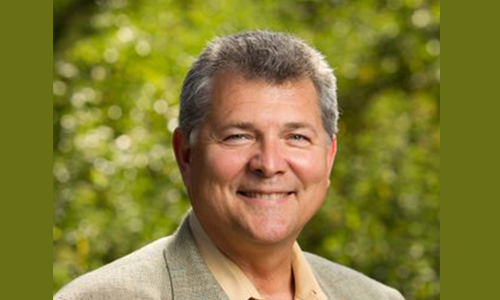 Tony Mize is Vice President, Acquisitions & Forward Planning for National CORE. His career in the real estate industry has primarily focused on the development of affordable multifamily and single-family workforce, senior and special needs housing. Tony was an integral part of the company’s early years, serving as Director of Business Development, Acquisitions & Structured Transactions from 1993-1999. Prior to rejoining National CORE, Tony has launched and run his own firms developing, constructing and operating multiple affordable communities. Tony served 10 years as board member and treasurer of the Fair Housing Council of Riverside County and is a current board member of the Civil Rights Institute of Inland Southern California. He is an enrolled member of the Quapaw Nation and Osage Nation. He has long been involved in promoting economic & community development and job creation. 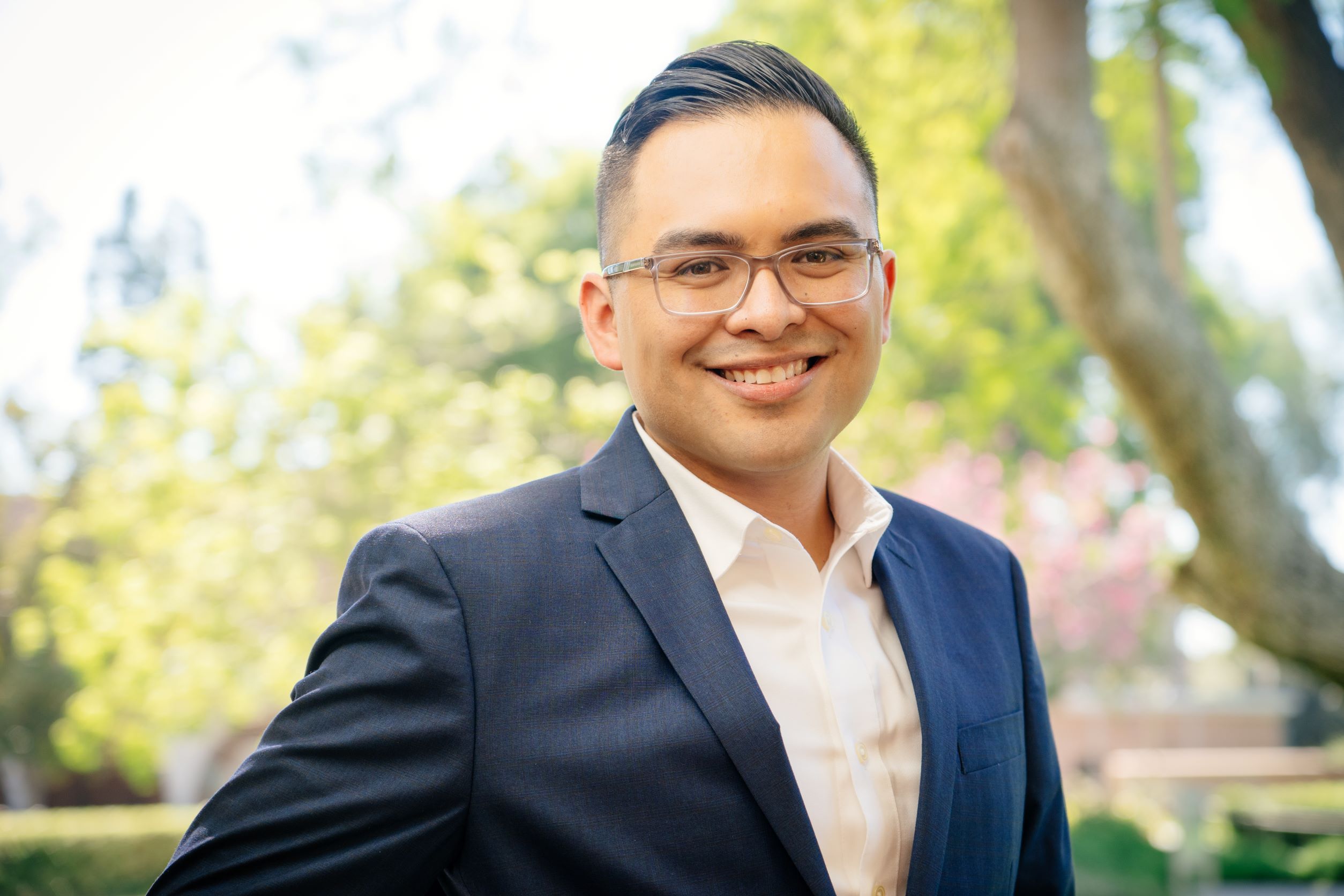 Angel Rodriguez directs legislative advocacy and communications strategies at the San Bernardino Community College District, which includes Crafton Hills College, San Bernardino Valley College, and KVCR TV/FM – the primary NPR and PBS affiliate station for Inland Southern California. In 2021, Governor Gavin Newsom appointed him to serve on the California Student Aid Commission, the nation’s largest state-run financial aid agency, administering $2.7 billion in grants for California students. Previously, Angel was Associate Director of State and Regional Government and Community Relations at the University of California, Riverside, from 2014 to 2016. In 2012, he served as Strategic Communications Specialist for a college attainment initiative by the Bill & Melinda Gates Foundation, National League of Cities, and City of Riverside Mayor’s Office. Angel held multiple positions at the Greater Riverside Chambers of Commerce from 2008 to 2012, managing business-education partnerships, community development, and workforce development advocacy. As a member of the Civil Rights Institute of Inland Southern California Board of Directors, he chairs the Opening Ceremony Committee. Angel earned a bachelor’s degree in public service and political science and a master’s degree in higher education administration and policy from the University of California, Riverside. 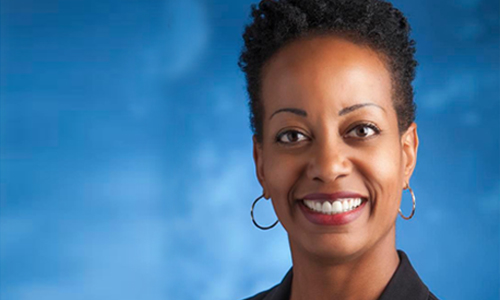 Ms. Wilson is a vocal advocate for best practices in nonprofit management and ethics in fundraising & donor relations. She has lent her expertise to various nonprofit organizations through her consulting and volunteer work, and currently serves on the Board of Directors for the Fair Housing Council of Riverside County, the March Field Air Museum, and Wakeland Housing Development Corporation. She is an alumna of the University of Nevada Las Vegas, having earned bachelor’s and master’s degrees in Social Work. Ms. Wilson is a proud member of Alpha Kappa Alpha Sorority Inc., a distance runner, an avid gardener, and a music lover.