Inland Southern California has a rich civil rights history and can serve as an important center for inclusion for our region. Here are only a few of the better known figures in that history: 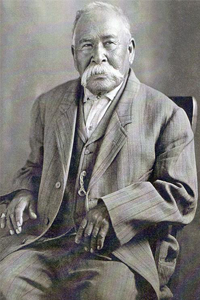 In 1866, a militia of white colonizers initiated a 32-day campaign to kill all the natives from the San Bernardino valley. Yuhaaviatam tribal leader Santos Manuel safely led the remaining Yuhaaviatam from their ancient homelands in the mountains to the foothills north of today’s cities of Highland and San Bernardino. The San Manuel reservation was named in honor of its courageous leader, Santos Manuel. In 1891, a presidential order recognized the San Manuel Band of Mission Indians as a sovereign nation with the right of self-government. When Santos Manuel died in 1919, he was 105 years old. 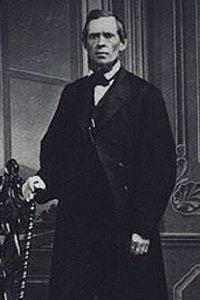 Abolitionist and member of the nominating convention for Abraham Lincoln, John North founded Northfield, and later Riverside, based on equality, education, and shared opportunity. 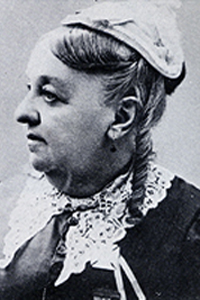 Known for starting the navel orange boom in California, Eliza was also a suffragist. In 1871, she was one of a group of 70 women, accompanied by Fredrick Douglass, who tried to register to vote when the District of Columbia was enfranchised. Turned away, they later tried to vote but were rejected. They sued and their test cases were heard in the district Supreme Court. 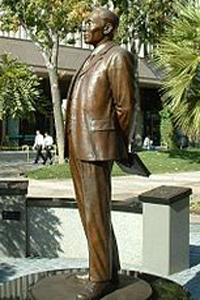 Founder of America’s first permanent Korean settlement in Riverside in 1904, Dosan organized U.S. Korean mutual aid organizations and became the spiritual leader of the Korean Independence Movement, which he organized to oppose Japanese occupation. He served as premier of the provisional government established in Shanghai in 1919. 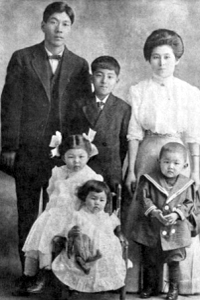 Challengers of the 1913 California Alien Land Law, the family’s Riverside Lemon Street home is a National Historic Landmark that embodies their 1915 victory. The Haradas died while interned at Topaz Relocation Center (Arizona) during WWII. Their daughter returned to the home after the war. 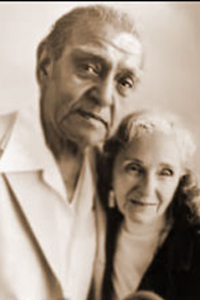 Born in Hemet in 1906, Rupert Costo was raised on the nearby Cahuilla Reservation, served more than 20 years on the tribe’s governing board, and 8 years as spokesperson. He spent  two years as a lobbyist fighting for Native American land rights for in Washington, D.C. and was a member of the American Indian Federation in the late 1930s. He founded the American Indian Historical Society in 1950 to ensure scholarly examination of Native American lives as opposed to stereotypes prevalent in U.S. society. He,  with his wife Jeanette, was the author of Indian Treaties: Two Centuries of Dishonor (1977) and The Missions of California: a legacy of genocide (1987). 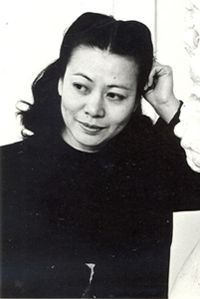 Mine Okubo was born in Riverside, attended RCC and graduated with an art degree from UC Berkeley, studying in Italy and France before the outbreak of WWII.  Best known for her book of drawings with accompanying text, Citizen 13660, she documented daily life while she was interned at Topaz Relocation Center (Arizona) during WWII. 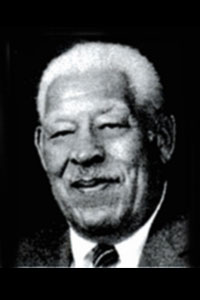 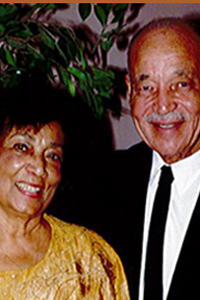 Physicist Dr.  Barnett Grier moved with his family to Riverside in 1951 to work at the National Bureau of Standards which established the Corona Naval Ordinance Laboratories. In 1956, he became the second life member of the NAACP and involved in fair housing and education desegregation issues. His wife was one of the first African-American elementary teachers to teach at a predominantly white school. He also pioneered equal employment opportunities. The Griers were honored for their civil rights work by the naming of the Grier Pavilion at Riverside City Hall in their honor in 2008.

Dalip Singh Saund came to study agriculture and while at UC Berkeley also obtained a masters and Ph.D. in mathematics. He campaigned for decades for the rights of people of South Asian descent to become naturalized citizens and when the Luce-Celler Act was finally passed in 1946, he applied for naturalization, becoming a citizen in 1949. He ran for Congress in 1955, winning a seat in the Inland region’s 29th District, becoming the first Asian American to be elected. 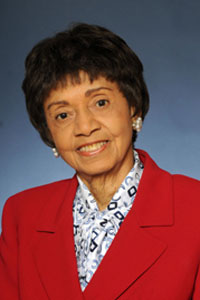 Lulamae Clemons earned her nursing degree in Missouri and went on to earn a Bachelor of Science (Lincoln University), a Master of Arts in Public Health Administration (Columbia), Doctorate of Education (University of Southern California), and a postgraduate certificate as a Pupil Personnel Services Administrator (Harvard). She was Director of Intergroup Relations for the Riverside County Office of Education and went on to head the UCR-based Title IV School Desegregation Project in the 1960s, where she supervised compliance with equal education requirements for four western states. Locally, she started the Riverside Head Start branch. She received a Presidential Citation for Distinguished Service to Youth in 2003. 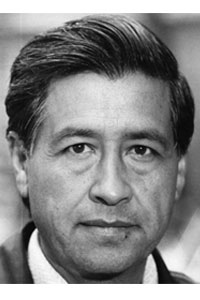 As a child, César Chávez followed the crops in the Salinas, Central, Imperial, and Coachella Valleys with his migrant parents, working in the fields and experiencing the unsafe working conditions and starvation wages that led him to found the United Farm Workers in 1962. In 1973, during the Battle of Coachella, Chávez fought Teamsters Union members brought in to destroy the UFW and the strike. The conflict escalated as the harvest moved north until two UFW supporters were killed in August. Chávez instituted a second boycott to put pressure on growers to settle with the UFW and end the violence. 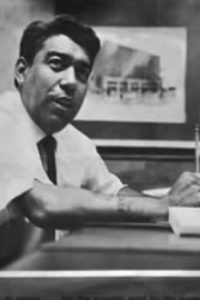 John Sotelo grew up on Riverside’s Eastside. After service in the navy during World War II, he came home to participate in civic forums that included the American GI Forum and the Junior Chamber of Commerce.  As an Eastside businessman, he became increasingly involved in the community until in 1963, he forged a coalition of progressive citizens of all ethnicities to become the first Mexican American to be elected to Riverside city council, where he served until 1973. Sotelo was instrumental in securing equal representation for minority groups in local government and pushed to ensure community facilities for under-served neighborhoods. He was active in equal housing and employment issues.

Bland led a parents’ movement to integrate Riverside schools after an arson burned Lowell School in 1965. Only three weeks after the Watts riots, the arson threatened the peace of the community but the group led by Bland was able to effectively negotiate with the school district. 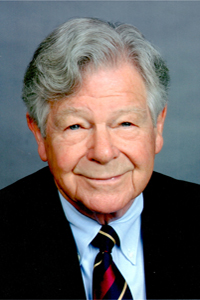 President of the Riverside Unified School District board, Littleworth, despite personal threats, led the school board to approve voluntary integration of Riverside schools, the first large school district in the nation to do so. 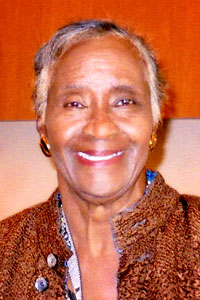 Edna Milan grew up in segregated Montgomery, Alabama, where she rode the buses with Rosa Parks, experiencing the racism and abuse that led to the Montgomery Bus Boycott. When she moved to Atlanta, she became involved in the civil rights movement as a parishioner at Ebenezer Baptist Church, where she was in the congregation to hear Dr. Martin Luther King, Jr. preach his first sermon as co-pastor with his father. She was recruited by Riverside Unified School District to assist with integration of Riverside schools, part of a national model for voluntary integration, specifically assisting in the transfer of Casa Blanca children to Washington Elementary School.

In 1967, as editor of The Press-Enterprise, Hays supervised the publication of a series of more than 100 articles exposing abuse of authority by a judge who served as the conservator for the Agua Caliente Indians in Palm Springs. The paper won the Pulitzer Prize for Social Service for the articles in 1968. In 1984 and 1986, Hays, a champion of open government, won two separate U.S. Supreme Court cases that established the right of the public (and the press) to attend jury selection in criminal trial proceedings and to attend pre-trial hearings in criminal cases with few exceptions. 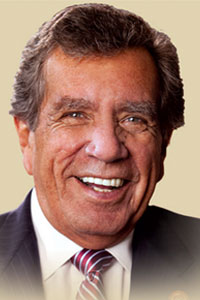 As tribal chairman of the Agua Caliente Band of Cahuilla Indians, Richard Milanovich negotiated ground breaking intergovernmental land use agreements that were models nationwide. The Department of the Interior awarded him the Legacy of Land Award.  He was appointed to the Native American Stewardship Committee of the Autry National Center, and served as chair of the Department of the Interior’s Special Trustee Advisory Board for American Indians. 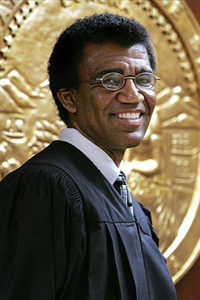 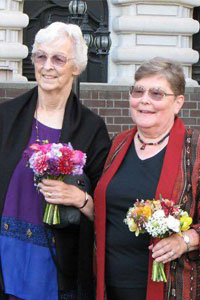 Carolyn Confer, as assistant city attorney of the City of Riverside, defended the city against a lawsuit that sought to force the city to put a discriminatory measure against homosexuals and persons with AIDS on the ballot.

She was also a key member of Lambda Legal, a party to defense of the suit and an advocate for LGBT rights. Riverside was the first exception to win against a national campaign of such discriminatory measures. Both Carolyn and Kay organized community and political support to stop the campaign in the region. Kay and Carolyn founded PACE, a regional gay and lesbian political action committee. Kay and Connie married in 2008, just four months before Kay’s death. 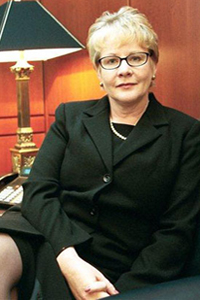 On September 9, 2010, Judge Virginia A. Phillips ruled in Log Cabin Republicans v. United States of America that the ban on service by openly gay service members was an unconstitutional violation of the First and Fifth Amendments. On October 12, 2010, she granted an immediate worldwide injunction prohibiting the Department of Defense from enforcing the “Don’t Ask Don’t Tell” policy and ordered the military to suspend and discontinue any investigation or discharge, separation, or other proceedings based on it. 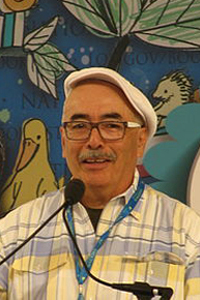 Born to migrant farmworker parent, Juan Felipe was named the nation’s first Chicano Poet Laureate in 2015, shortly after his retirement from the Tomàs Rivera chair at the University of California, Riverside. Many of his works focus on civil rights themes including 187 Reasons Mexicanos Can’t Cross the Border: Undocuments 1971-2007 and Border-Crosser with a Lamborghini Dream as well as several of his children’s books.